Each year, members of JAD’s extensive editorial board select the article published during the previous year that has had the most significant impact on Alzheimer’s disease (AD) research. The awardees receive the Alzheimer Medal, a bronze medal featuring the likeness of Alois Alzheimer, and a cash award of $7,500. The award will be presented at the JAD Editorial Board meeting in San Diego on August 1, 2022.

Dr. Geda, Dr. Krell-Roesch, and their co-investigators examined the association between physical activity, a modifiable lifestyle factor, and change in cognition in general, as well as specific aspects of cognitive function including memory, language, attention/executive function, visuospatial skill, and cognition. They conducted a longitudinal population-based study that followed 2,060 cognitively unimpaired individuals that reported their physical activity level in midlife (ages 50–55) as well as in late life (70 years of age and older) as part of the Mayo Clinic Study of Aging. The outcome of interest, i.e., cognitive function, was assessed every 15 months using validated neuropsychological testing.

The study showed that older adults experience a decline in global and domain-specific cognitive function over time. However, in persons who were engaging in physical activity, this decline was less pronounced. This observation was particularly true for women.

“In the past, we have demonstrated that physical activity including leisurely walking is associated with a decreased risk of incident mild cognitive impairment (MCI), which is the gray zone between normal cognitive aging and dementia,” explained lead investigator Yonas E. Geda, MD. “This current research following the trajectory of cognitive decline over time indicates that physical activity, particularly of moderate and vigorous intensity, was associated with less decline in cognitive function over time.”

“These findings also have implications for clinical practice. We advise all healthcare professionals treating an aging population to highlight the benefits of physical activity even in old age to promote brain health and encourage their patients to participate,” added first author Janina Krell-Roesch, PhD.

About the 2022 Alzheimer Award Recipients

Yonas E. Geda, MD, received a Doctor of Medicine degree from Addis Ababa (Haile Selassie) University, Ethiopia. Afterwards he trained at Mayo Clinic (Rochester, MN) in psychiatry (1995-2000) behavioral neurology (2000-2001), and biomedical science (clinical research) and subsequently became full-time faculty. He was a full Professor of Psychiatry and Neurology at Mayo Clinic from 2014 to 2020. In 2020, after a 25-year career at Mayo Clinic, he made a vertical career move as professor and director of the Behavioral Neurology and Neuropsychiatry Fellowship Program at Barrow Neurological Institute (BNI) in Phoenix, AZ. He is a full Professor of Neurology at BNI and a research professor at Arizona State University.

Dr. Geda has made notable contributions to research on biobehavioral and lifestyle factors in the context of brain aging, mild cognitive impairment, and dementia. He led an international panel of neuropsychiatrists that developed and subsequently published a neurobiological model to investigate neuropsychiatric symptoms in Alzheimer’s disease. Since 2003, he has been a member of the steering committee of the population-based Mayo Clinic Study of Aging that has made landmark contributions to the field of cognitive research. He has won several awards, including the Mayo Brothers Distinguished Fellowship Award (1998), the Laughlin Fellowship Award from the American College of Psychiatry (1999), Mayo Foundation Scholar (2000), the Medal of the City of Marseille, France (2003), and the medal of the city of La Ciotat, France (2015). Dr. Geda has given invited talks in the USA, France, Norway, Germany, Czech Republic, and Ethiopia and has published over 160 peer-reviewed papers.

Janina Krell-Roesch, PhD, earned her doctorate in sport and exercise science in 2013 from the Karlsruhe Institute of Technology (KIT), Germany. After completing postdoctoral training at Mayo Clinic (Phoenix, AZ) from 2014-2018, she returned to KIT in 2019 and joined the Institute of Sports and Sports Science as a research scientist and faculty member. She is also an Assistant Professor of Neurology (Adjunct) at the Mayo Clinic College of Medicine and Science and an Assistant Professor (Adjunct) at the Barrow Neurological Institute. Her research focuses on lifestyle factors, physical performance, emotional behavior, and technology in the context of aging, mild cognitive impairment, and dementia. Dr. Krell-Roesch is a co-Principal Investigator and investigator on several grants in Germany and the USA, including an R01 funded by the NIH. She has published more than 40 peer-reviewed papers and has delivered presentations at national and international scientific meetings.

“We are extremely honored to receive this award. We would like to gratefully acknowledge the significant contributions of our co-investigators to this study. We would also like to thank the members of the JAD Editorial Board for selecting our paper from over 800 excellent articles published by the journal in 2021,” commented Dr. Geda and Dr. Krell-Roesch.

“The editorial board and I are delighted to formally recognize these outstanding researchers for this significant work. Research by Krell-Roesch et al. attests to the potentially beneficial effect of physical activity on preserving cognitive function over time. I am certain that it will serve as an important catalyst for further studies examining the longitudinal associations between physical activity and cognitive function in older adults,” noted George Perry, PhD, Editor-in-Chief, Journal of Alzheimer's Disease, and Semmes Foundation Distinguished University Chair in Neurobiology at The University of Texas at San Antonio. 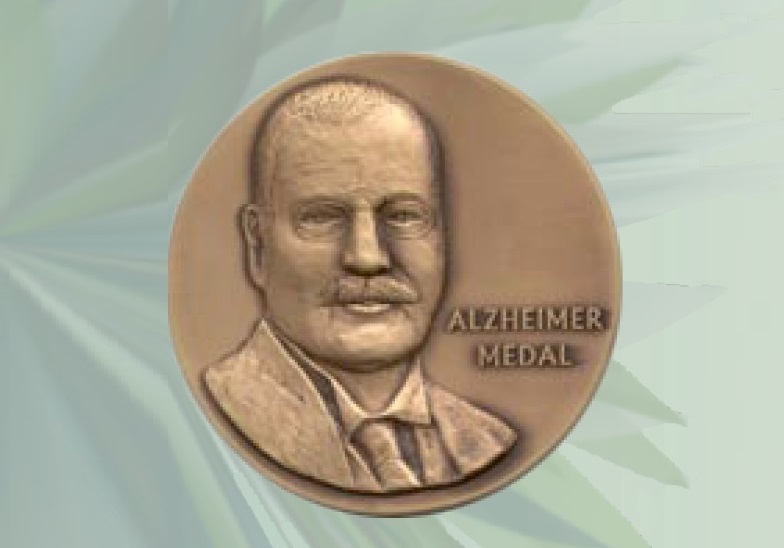