Leipzig, Germany – Dementia is on the rise in Germany. In the absence of treatment options, the focus is shifting to preventing dementia. In particular, a healthy lifestyle is considered beneficial for brain health. A study by the Faculty of Medicine now shows that opportunities for a healthy lifestyle are unequally distributed: being socially disadvantaged is associated with a higher risk of dementia. The current findings have been published in the Journal of Alzheimer’s Disease.

As the population ages, dementia is on the rise. Currently, about 1.8 million people in Germany are living with dementia. Population statistics predict an increase to around three million by 2050. International research demonstrates great potential for dementia prevention based on modifiable health and lifestyle factors, such as hypertension, obesity, physical and mental activity, and diet. In other words: a healthy lifestyle is good for brain health. 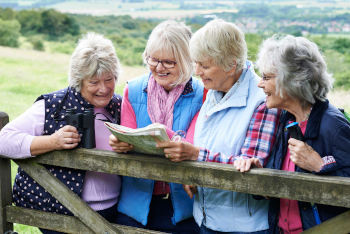 “But the opportunities are unequally distributed,” says Dr Susanne Röhr, head of the current study and a researcher at the Institute of Social Medicine, Occupational Medicine and Public Health (ISAP) at Leipzig University. “Socially disadvantaged individuals, such as those with low incomes, tend to have a higher risk of dementia.” The researchers used data from more than 6200 participants in the LIFE Adult study at the Leipzig Research Center for Civilization Diseases. The proportion of women and men was the same. The subjects were between 40 and 79 years old and were not affected by dementia.

The large data base of the population-based cohort study enabled the Leipzig scientists to map a complex lifestyle index with twelve modifiable risk factors for dementia. These included hypertension, physical activity, smoking, obesity, and dietary habits. Subsequently, the influence of the index on the relationship between socio-economic factors such as education, occupational status, and household income, and cognitive performance based on results of neuropsychological tests, was examined.

According to the researchers, however, health and lifestyle factors only explain differences in mental performance due to socio-economic factors to a small extent. The study findings therefore also suggest that the greater emphasis may be on the social conditions themselves. “Political measures aimed at reducing social inequalities could therefore contribute significantly to reducing the risk of dementia,” comments Dr. Röhr.

Original publication
Journal of Alzheimer’s Disease: Socioeconomic inequalities in cognitive functioning only to a small extent attributable to modifiable health and lifestyle factors in individuals without dementia, https://content.iospress.com/articles/journal-of-alzheimers-disease/jad220474, DOI: 10.3233/JAD-220474

About the Journal of Alzheimer’s Disease
Now in its 25th year of publication, the Journal of Alzheimer's Disease (JAD) is an international multidisciplinary journal to facilitate progress in understanding the etiology, pathogenesis, epidemiology, genetics, behavior, treatment, and psychology of Alzheimer's disease. The journal publishes research reports, reviews, short communications, book reviews, and letters-to-the-editor. Groundbreaking research that has appeared in the journal includes novel therapeutic targets, mechanisms of disease, and clinical trial outcomes. JAD has a Journal Impact Factor of 4.106 according to Journal Citation Reports™ (Clarivate, 2022). j-alz.com