Tampa, FL, USA – Lung cancer is the second most common cancer in the United States and the leading cause of cancer death. The outcomes for lung cancer patients have improved, partly due to earlier detection through better screening approaches. However, overtreatment of lung cancers identified from screening is a concern. Moffitt Cancer Center researchers are working to improve the ability to identify patients who are at a higher risk of poor survival through radiomics, an area of science that uses imaging, such as CT scans and MRIs, to uncover tumoral patterns and characteristics that may not be easy to spot by the naked eye. Results of their newest study have been published in Cancer Biomarkers.

“Overtreatment is a serious adverse effect of cancer screening and early detection. Identifying patients that have aggressive, high-risk tumors associated with very poor survival outcomes would help oncologists decide which patients may need more aggressive treatment, such as adjuvant therapies.  On the other hand, patients that have less aggressive, low-risk tumors have a better chance of cure by surgery and may not need adjuvant therapies,” explained Matthew Schabath, PhD, associate member of the Cancer Epidemiology Department at Moffitt.

Scientists are trying to discover biomarkers that could predict tumor behavior. This would help identify lung cancers diagnosed in lung cancer screening that should be aggressively treated from those lesions that may be slow growing and could be cured by surgery only. Many focus on biomarkers that are derived from patient tissue or blood samples; however, Moffitt researchers wanted to develop a model to differentiate patients based on radiomic features. Radiomics is the extraction of data from medical image features that can aid in cancer detection, diagnosis, disease monitoring and treatment decisions. Image features include broad characteristics such as intensity, shape, size, volume and texture. Unlike biomarkers derived from tissue or blood samples, radiomic biomarkers are collected noninvasively and reflect the entire tumor rather than just a small sample.

The Moffitt team acquired images from the National Lung Screening Trial and analyzed radiomic features of the internal and surrounding tumor area. They developed a model based on the radiomic feature of compactness and the volume doubling time of sequential patient images from baseline and the first and second follow-up. Their model divided patients into groups according to their risk of having poor outcomes. For example, the low-risk patient group had a five-year overall survival of 83.3%, while the high-risk patient group had a five-year overall survival of 25%. Similar results were observed for patients with early-stage lung cancers and for patients who were diagnosed with lung cancer at the first follow-up. The researchers also identified a volume doubling time cut-point that was able to differentiate between patients with aggressive versus low-risk tumors.

While additional studies are needed to confirm this model, the researchers hope that their findings will eventually allow physicians to differentiate patients who need to be aggressively treated from those patients who may require routine follow-up.

“The results from our analyses revealed that radiomics combined with volume doubling time can identify a vulnerable subset of screen-detected lung cancers that are associated with poor survival outcomes, suggesting that such patients may need more aggressive treatment. We hope to do further studies to validate our findings before applying our model to patient care,” said Jaileene Pérez-Morales, PhD, a postdoctoral fellow in the Cancer Epidemiology Department.

About Moffitt Cancer Center
Moffitt is dedicated to one lifesaving mission: to contribute to the prevention and cure of cancer. The Tampa-based facility is one of only 52 National Cancer Institute-designated Comprehensive Cancer Centers, a distinction that recognizes Moffitt’s scientific excellence, multidisciplinary research, and robust training and education. Moffitt’s expert nursing staff is recognized by the American Nurses Credentialing Center with Magnet® status, its highest distinction. With more than 7,500 team members, Moffitt has an economic impact in the state of $2.4 billion. moffitt.org

About Cancer Biomarkers
Concentrating on molecular biomarkers in cancer research, Cancer Biomarkers publishes original research findings and reviews on the subject of the identification of markers associated with the disease processes whether or not they are an integral part of the pathological lesion. The disease markers may include, but are not limited to, genomic, epigenomic, proteomics, cellular and morphologic, and genetic factors predisposing to the disease or indicating the occurrence of the disease. Manuscripts on these factors or biomarkers, either in altered forms, abnormal concentrations, or with abnormal tissue distribution leading to disease causation are accepted. The journal is published by IOS Press. iospress.com/cancer-biomarkers 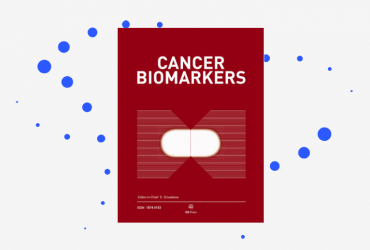 International Collaborators Focus on Biomarkers for Early Detection of Cancer

Amsterdam, NL – Successful treatment of cancer frequently depends on early detection. However, many cancers are detected late, often after metastasizing to... 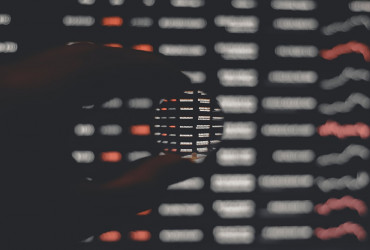