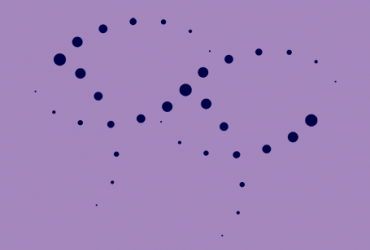 Reading, UK – Alzheimer’s disease could be caused by damage to a protective barrier in the body that allows fatty substances to build up in the brain, newly published research argues. A new explanation, called the "Lipid Invasion Model," argues that lipids entering the brain due to damage to the blood-brain barrier – a dense system of small blood vessels in the brain that allow only a small number of essential substances to pass through – is the determining cause of the degenerative disease that affects millions worldwide. The hypothesis is published in the Journal of Alzheimer's Disease Reports and could open up new diagnosis or treatment possibilities.

The theory also supports the idea that certain lifestyle changes could reduce the risk of Alzheimer’s Disease by reducing the impact on the blood-brain barrier and the resulting damage to the brain seen in people with Alzheimer’s.

Jonathan Rudge, PhD, a postdoctoral researcher at the University of Reading and author of the study said: “A healthy blood-brain barrier is incredibly important to how our brains function effectively. If the barrier gets damaged, as is the case with people who develop Alzheimer’s, external lipids like cholesterol and fatty acids get a chance to pass through. These external lipids are managed differently to those typically found within the brain. My theory proposes that these invading lipids are resulting in brain damage, like brain shrinkage, and development of amyloid plaques and ‘tau tangles,’ which causes the behaviors characteristic of Alzheimer’s, such as memory loss, sleep disorders, and paranoia.”

The presence of excess lipids in the brain cells of Alzheimer’s patients is an element of Alois Alzheimer’s original published research in 1906, but there has been relatively little research into it since. The new study brings together previous research to present the fresh explanation of the disease’s cause. It follows 10 years of research and suggests that risk factors commonly associated with Alzheimer’s disease are the same factors that damage the blood-brain barrier – old age, head injury, hypertension, smoking, obesity, diabetes, chronic sleep deprivation, and stress. It suggests that this is the reason footballers and boxers are particularly at risk, and why the disease affects largely older people, because in both cases the blood-brain barrier has been damaged or worn away.

There are two types of Alzheimer’s – the comparatively rare, inherited, early-onset form and the non-inherited, late-onset form, associated with ageing. This latter form is becoming more and more common as people live longer but the current explanation known as the amyloid hypothesis relates more to the rarer inherited form.

This explanation states that the disease is caused by excess levels of a protein called beta-amyloid. The Lipid Invasion Model supports this up to a point but argues that, in the late-onset form, beta-amyloid is just one of a number of factors that damage the blood-brain barrier, allowing external lipids in.

Dr. Rudge comments: "The Lipid Invasion Model opens up new pathways for research into the detection, prevention, and treatment of the disease. It could have parallels in other neurodegenerative diseases, such as Parkinson’s and motor neurone disease, which also disproportionately affect older people and people engaged in certain sports, and might also be associated with damage to the blood-brain barrier."

Contact
Further information can be obtained from the author Dr. Rudge, University of Reading (jon_rudge@btinternet.com).