Terrorist Use of Cyberspace and Cyber Terrorism: New Challenges and Responses 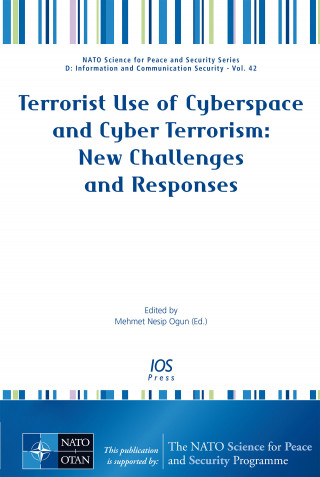 ICT plays a crucial role in the pursuit of modernization in the countries of Slovenia, Croatia, Albania and Bulgaria, which form the South Eastern European (SEE) region., The quest for Euro-Atlantic integration and the undeniable necessity for direct foreign investment have encouraged the SEE countries to invest in the development of cyber technology, and it has become the dominant area for social, economic and political interaction within the region. This has had both positive and negative consequences.

This book presents the proceedings of the NATO Advanced Training Course (ATC), held in Ohrid, former Yugoslav Republic of Macedonia, in December 2014. The ATC addressed serious concerns about terrorist use of cyber technology in South Eastern Europe, which not only has the potential to destabilize regional efforts to create a platform for increased development by creating a breeding ground for the training of extremists and the launching of cyber attacks, but also represents a direct and indirect threat to the security and stability of other NATO partner countries.

The book will be of interest to all those involved in countering the threat posed by terrorist use of the Internet worldwide.