152 of NATO Science for Peace and Security Series - E: Human and Societal Dynamics 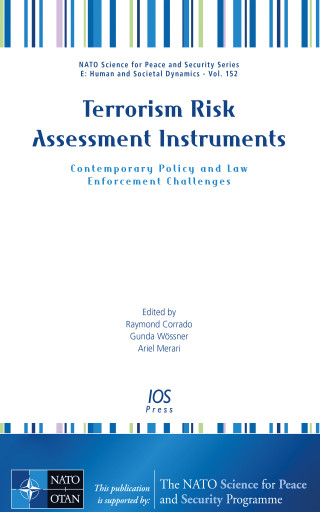 The search for a distinct "terrorist profile" has been going on for many years, and while it is generally agreed that nobody is born a terrorist, there is plenty of disagreement about why a person might become one. Whereas personal and situational push and pull factors can be combined to determine how and why young people become involved in terrorism, preventing an individual from following a path that ends in violence without moral restraint poses an enormous challenge, especially in an open society.
This book presents papers from the NATO Advanced Research Workshop titled "A Review of the Utility of Existing Terrorism Risk Assessment Instruments and Policies: Is there the Need for Possible New Approaches?", held in Berlin, Germany, on 29-30 November 2019. Researchers were asked to present papers for discussion sessions with invited participants and practitioners from a number of NATO member and partner countries. Various assessment instruments for identifying problematic individuals at an early stage were presented by experts. It was generally agreed that, due to cultural, religious and other differences, there is no simple way to identify the relatively few high-risk individuals among the larger population of politically radicalized but not necessarily violent individuals who pose no threat.
Framed by an Introduction and Conclusion, the 16 chapters in the book are divided into three parts: Theory and Risk/Threat Assessment Instrument Policy Themes; Implementation of Politically Motivated Terrorism Protocols; and Personality Traits/Disorders, Anti-State Terrorism Profiles and the DSM-5 Personality Trait Instrument.
This practice-oriented book will be of interest to all those tasked with protecting society from some of its most dangerous members.