154 of NATO Science for Peace and Security Series - E: Human and Societal Dynamics 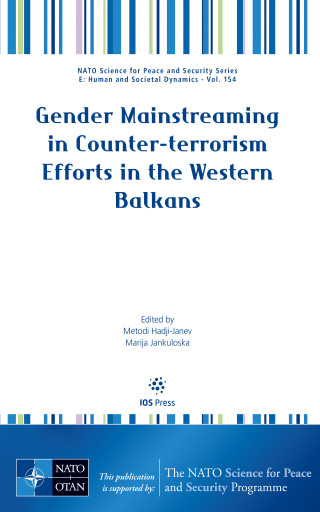 Amplified by a volatile security environment, technology and globalization, terrorism and violent extremism have become a genuine threat on a global level, and the ability of terrorist groups to capitalize on local issues such as poverty and inequality have helped to fuel the process of radicalization and recruitment. The region of the Western Balkans is not immune to these trends, and the gender component has been recognized as an important aspect in efforts to counter and prevent such practices.

This book presents edited contributions delivered at the NATO Advanced Training Course (ATC) “Gender Mainstreaming in Counter-terrorism Efforts in Western Balkans” held from 16 to 21 May 2021. The event was designed to explore gender perspectives in counter-terrorism efforts in the Western Balkans and in the wider security-sector, and to analyze drivers to radicalization through the lens of gender. This ATC brought together more than 50 military and civilian participants from 7 countries in the Western Balkans and south-eastern Europe and 35 expert lecturers. Topics include the legal and political framework of gender mainstreaming; the role of technology; the drivers, motivations and roles of women in radicalization and extremist groups; counter-terrorism and gender; gender-sensitive approaches to counter terrorism; gendered perspectives from the frontline; the prospects for women’s leadership roles in community-based approaches; and challenges to the implementation of UNSCR 1325 in the Western Balkans.

Highlighting critical components and providing a unique insight which contributes to the academic debate on gender mainstreaming in P/CVE and CT efforts, the book will be of interest to all those involved in countering the spread of terrorism worldwide.