140 of NATO Science for Peace and Security Series - E: Human and Societal Dynamics 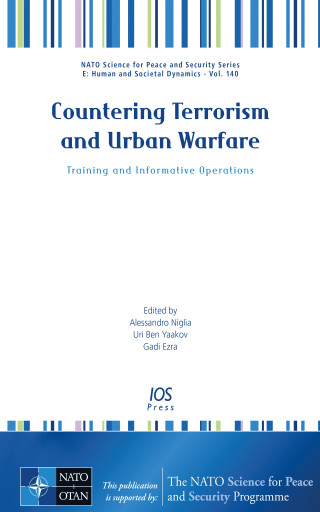 Paragraph 10 of the Security Environment section of the NATO Strategic Concept adopted in 2010 clearly defines terrorism as ‘a direct threat to the security of the citizens of NATO countries, and to international stability and prosperity more broadly’. Terrorist attacks in Turkey, France, Belgium, Germany, Canada and the United States have demonstrated both the vulnerability of NATO members to terrorist activity and the need to strengthen security cooperation with countries of both the Mediterranean Dialogue (MD) and Istanbul Cooperation Initiative (ICI).

This book presents papers delivered at the NATO Advanced Training Course (ATC) ‘Countering Terrorism and Urban Warfare’, held in Herzliya, Israel, in November 2017. Course participants from both the military and the civilian sectors shared theoretical and practical best practice in the countering of terrorism in an urban warfare context, and the 10 papers included here cover topics such as protecting the civilian population in urban combat areas; terrorists logic behind the choice of target; what Europe can learn from its southern neighbors; countering hybrid threats in megacities and densely populated urban areas; and where will ISIS regroup?

The book will be of interest to all those concerned with the countering of terrorism, particularly in urban areas.