Countering Radicalisation and Violent Extremism Among Youth to Prevent Terrorism

118 of NATO Science for Peace and Security Series - E: Human and Societal Dynamics 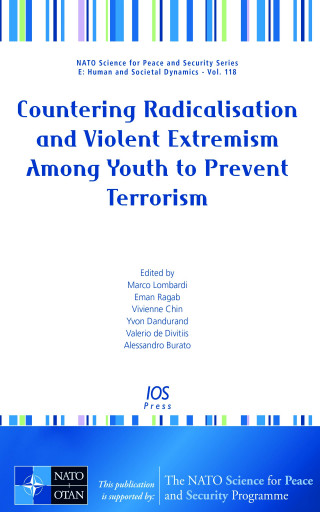 Although violent extremism is not a new phenomenon, it is increasingly recognized as a major challenge of our times. The recruitment of foreign fighters by extremist organizations, and its potential impact on public safety in the countries from which they come, is also emerging as a complex issue at the forefront of international preoccupations.
This book presents the proceedings of the three day NATO Advanced Research Workshop, "Countering Violent Extremism Among Youth to Prevent Terrorism", held in Milan, Italy, in June 2014.

The best way to respond to violent extremism in general, and the radicalization of disaffected youth in particular, is far from clear, but the stakes are so high and the potential threat to countries worldwide so great that inaction is not an option. The goal of the workshop was to enhance the capacity of policymakers and practitioners to design strategies that will achieve verifiable human-rights based outcomes to counter violent extremism.