128 of NATO Science for Peace and Security Series - E: Human and Societal Dynamics 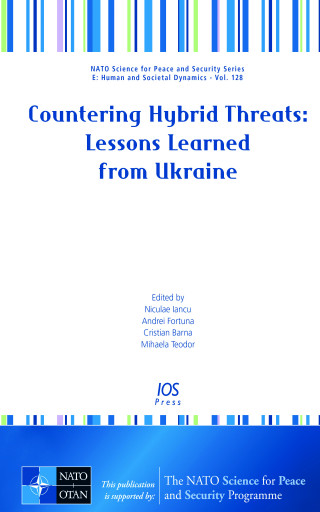 The Ukrainian conflict has come to be considered as the most serious geopolitical crisis in Central and Eastern Europe since the end of the Cold War. Its implications extend well beyond the borders of Ukraine, and its impact on the security of the wider Black Sea region is, as yet, neither contained nor fully understood.

This book contains 28 articles on the topic of hybrid warfare and related threats, delivered at the NATO Advanced Research Workshop (ARW) 'Countering Hybrid Threats: Lessons Learned from Ukraine', held in Bucharest, Romania, in September 2015. This event brought together 50 experts from different fields and perspectives, including policymakers, security and intelligence practitioners, and academics. The presentations explored the nature of the Ukrainian conflict and the dynamic evolution of current security threats in Central and Eastern Europe and the Black Sea region with the aim of identifying the key drivers of the conflict and exploring the most efficient instruments and methods for conflict resolution. The book is divided into four sections entitled: challenges of hybrid warfare: multiple perspectives; hybrid war – an old concept with an extensive dimension; counteracting hybrid threats: lessons learned from Ukraine; and finally, the implications of the Ukrainian conflict for regional and Euro-Atlantic security.

The book provides a timely reflection on recent events and will be of interest to all those wishing to improve their understanding of hybrid warfare and conflict resolution.