137 of NATO Science for Peace and Security Series - E: Human and Societal Dynamics 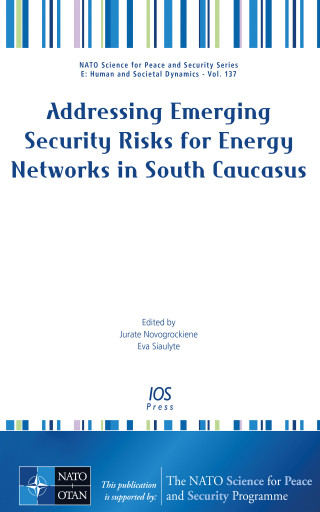 A stable and reliable energy supply is of critical importance and enhances resilience against political and economic pressures. As was noted during the NATO Warsaw Summit in 2016, energy developments could have significant political and security implications for the alliance and its allies, as demonstrated by the crises to NATO's east and south.

The workshop consisted of six major panels, which addressed numerous issues and emphasised the importance of the energy transit function of Georgia and the South Caucasus. It reviewed existing and future energy transit projects and potential flows of oil and power, and debated areas of common interest and forms of cooperation between consumers, producers and transit states. New security challenges raised by the increased threat of terrorist activities and potential military actions were also analyzed.

Potential forms of cooperation to provide adequate strategic and tactical safeguards against emerging threats were identified by the participants, and the book will be of interest to all those concerned with the security of our energy supplies.