Technological Dimensions of Defence against Terrorism

115 of NATO Science for Peace and Security Series - E: Human and Societal Dynamics 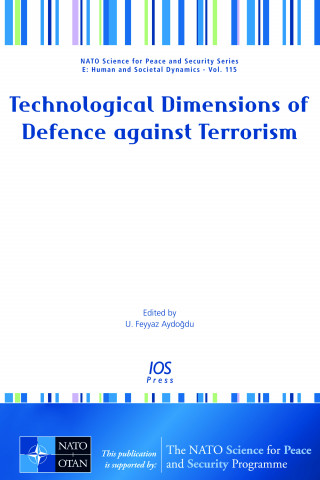 The technological developments of recent years have influenced both the threat of terrorist attacks and the defence against them, and continue to be the focus of attention. Terrorist groups are not slow to exploit new technological developments and adapt them to their own ends, and the forces of counterterrorism cannot afford to fall behind in their understanding of potential threats.

This book presents the proceedings of the NATO Centre of Excellence – Defence against Terrorism (COE–DAT) Advanced Research Workshop, "Technological Dimensions of Defence against Terrorism", held in Ankara, Turkey, in November 2011. Seventeen expert speakers from four countries – military and civilian practitioners, business leaders, researchers and academics – delivered a series of papers in sessions on: understanding the challenges; the role of technology in terrorist attacks; and the role of technology against terrorist attacks.

The book is a significant contribution to the field of counterterrorism, and will be of interest to all those whose work involves the relationship between technology and terrorism.