122 of NATO Science for Peace and Security Series - E: Human and Societal Dynamics 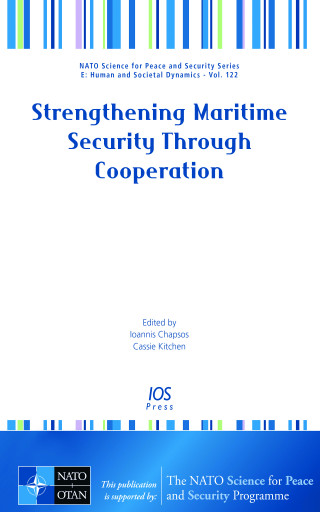 Seventy percent of our planet is covered by water, and even in today's world of instant communication the global community is still heavily reliant on sea-based transport. The maritime domain has always been one of NATO's key strengths, but concerns about maritime security have taken on renewed importance in recent years, and NATO has been forced to re-examine some of its fundamental assumptions about the post Cold War security environment.

This book shares some of the research, debates and findings from a NATO Advanced Research Workshop (ARW); Building Trust to Enhance Maritime Security, held in Geneva, Switzerland, in November 2014. The chapters in the book deal extensively with lessons learned by NATO from a wide range of policies, operations and situations. This maritime experience has been amassed from the Atlantic and Mediterranean to the Baltic and the Black Sea, and even into the Indian Ocean, as well as from the four decades spent defending NATO allies on the high seas during the Cold War. The single most profound lesson learned over the years has concerned the importance of efficient coordination. Structures and mechanisms have been created, not least in recent counter piracy operations, which enable a vast array of actors to work together in an efficient way, and which could prove invaluable in future efforts to counter terrorism and aggression worldwide.