Security and Cross-Border Cooperation in the EU, the Black Sea Region and Southern Caucasus

107 of NATO Science for Peace and Security Series - E: Human and Societal Dynamics 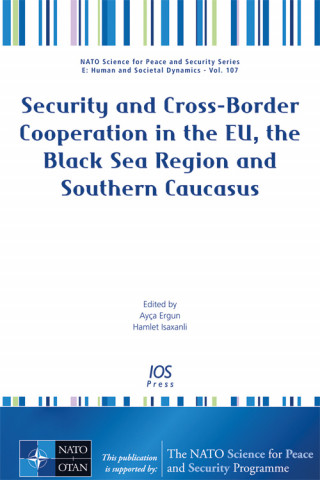 Cross-border cooperation is vital to overcoming obstacles to security building and the consolidation of stability, particularly in regions prone to political upheaval and conflict. This book presents papers from the NATO Advanced Research Workshop entitled “Security and Cross-Border Cooperation in the EU, Black Sea Region and Southern Caucasus”. This workshop was part of the NATO Science for Peace and Security Programme, and was held in Ankara, Turkey, in September 2011. It focused on developing a future research agenda, strengthening regional studies and increasing interdisciplinarity and the means to improve cross-border cooperation and was aimed at providing a comprehensive, interactive and interdisciplinary account of security building and cross-border cooperation in which domestic, regional and international dimensions were discussed.

The book is divided into three sections. The first provides an analysis of the role of international and domestic actors in contributing to security building in the Euro-Atlantic, the Black Sea and the Southern Caucasus regions. The second section discusses the patterns of cross-border cooperation in Eastern and Central Europe and the wider Black Sea region, concentrating on Romania, Moldova, Ukraine, Georgia and the Russian Federation. With references to the nature of international involvement in conflict resolution, the last section focuses on cross-border cooperation in the Southern Caucasus, where conflicts have an enormous impact on nation-building, state-building and democratization, and where prospects for stability and a viable peace remain in serious question.

This book is a valuable contribution to the literature on area studies, cross-border cooperation, security, and peace studies.