365 of NATO Science Series, I: Life and Behavioural Sciences

The use of and problems associated with biological weapons have been of concern to NATO and non-NATO military organizations for many years. Until recently, most of the readily available literature addressed the military issues associated with the possible use of biological weapons on the battlefield, the medical effects of the various agents, and what was known about medical prophylaxis and treatments. Information on other needed countermeasures, such as decontamination, or public health issues associated with exposure of civilian populations, were largely overlooked. This perspective changed dramatically after the contamination of the US Mail system with powdered anthrax spores. Among the significant problems and defensive weaknesses that the anthrax attack revealed was the importance, but lack of established industrial-scale decontamination methods for large volumes of heterogeneous objects or for complex physical environments. Ultimately, these two microbial decontamination problems were solved in very different ways. The contaminated mail was treated with ionizing radiation while the contaminated government buildings were treated with vapor / gas-phase chemicals. Both the decontamination of the mail and establishing a process for prophylactic treatment of the mail, were solved relatively quickly. This was in large part due to the robust radiation biology and technical base derived from the industrial use of ionizing radiation. Contributing to the speed of response was the fact that the attack occurred within the United States and in the 'home town' of many of the technical experts and decision makers, allowing official response to be coordinated rapidly. 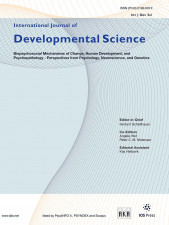