Quantum Groups and their Applications in Physics

127 of Proceedings of the International School of Physics "Enrico Fermi" 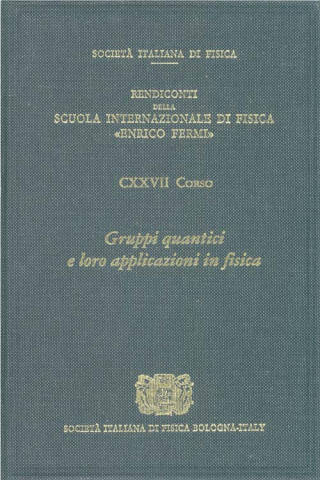 This book focuses on quantum groups, i.e., continuous deformations of Lie groups, and their applications in physics. These algebraic structures have been studied in the last decade by a growing number of mathematicians and physicists, and are found to underlie many physical systems of interest. They do provide, in fact, a sort of common algebraic ground for seemingly very different physical problems. As it has happened for supersymmetry, the q-group symmetries are bound to play a vital role in physics, even in fundamental theories like gauge theory or gravity. In fact q-symmetry can be considered itself as a generalization of supersymmetry, evident in the q-commutator formulation. The hope that field theories on q-groups are naturally reguralized begins to appear founded, and opens new perspectives for quantum gravity. The topics covered in this book include: conformal field theories and quantum groups, gauge theories of quantum groups, anyons, differential calculus on quantum groups and non-commutative geometry, poisson algebras, 2-dimensional statistical models, (2+1) quantum gravity, quantum groups and lattice physics, inhomogeneous q-groups, q-Poincaregroup and deformed gravity and gauging of W-algebras.