154 of Proceedings of the International School of Physics "Enrico Fermi" 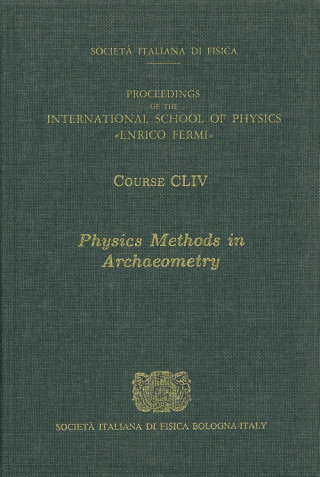 The role of exact sciences in connection with cultural heritage now is well established and a new scientific branch has been generated: Archaeometry. Literally, Archaeometry means measurement on ancient objects. It is a multidisciplinary field of investigations where the rigorous methods of exact sciences give a fundamental contribution to solving the problems associated with conservation and restoration, as well as to the study itself of the cultural heritage. Archaeometry, as a scientific research field, involves interdisciplinary groups formed by scholars of the humanistic area together with scientists: physicists, chemists, mathematicians, biologists, engineers, etc. The primary justification for the need of involving exact sciences in the field which, in the past, traditionally has been exclusive of Art Historians must no doubt be found in the conservation and restoration activities. The second argument which, in the public opinion, justifies the involvement of science with the world of Art is the confidence that scientific methods are infallible in unmasking forgeries. But in our opinion the awareness of the central role of scientific methods as a support for philological and historical investigations is still very little diffuse or, at least, finds it hard to become widespread. Perhaps also because of our mentality, Physics, compared to chemistry, is more apt to find applications in a context free from authentication or conservation implications.