A Comparative Rev. of Exp. in the Man. of Programmes of Reform of the Adm. Arm of Central Government

Today the reform of public administration to adapt to the pressures and new requirements of an ever changing world has become a global phenomenon, and perhaps one of the major challenges of our time.
Work on this question abounds in the realm of research, at universities, as well as within governments, and even in international financial institutions.
The originality of this comparative study produced by the International Institute of Administrative Sciences (IIAS) and the European Centre for Development Policy Management (ECDPM), is illustrated in the geographical distribution of its authors and the methodologies followed.
Indeed, the authors all examine the same question, but although some belong to the advanced technological world (Europe and Canada), others are Africans and thus belong to the so-called developing world.
The common points observed in the reform process in the industrialised and non-industrialised countries are more numerous than the differences. It would seem that the universalisation of problems on our planet is leading to a kind of standardisation of solutions. In this sense, all of the States are in transition today. However, the challenge remains two-fold for the developing countries whose governments must simultaneously build and reform. The specificity of the situation means that these countries doubtlessly have lessons to learn from others and experiences to try, but they also have a few lessons to give. This is, of course, one of the important merits of dialogue between Africans on the one hand, and European and Canadians on the other, as attested by this volume. 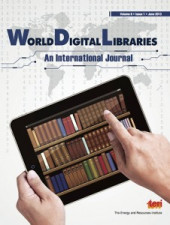