ICT, Public Administration and Democracy in the Coming Decade

20 of Innovation and the Public Sector 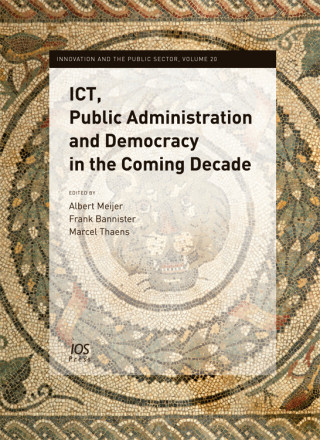 The physicist Neils Bohr allegedly wrote that “Prediction is very difficult, especially about the future”. Many academics believe that serious scholars should never attempt to write about the future, but some awareness of the ways in which the future of e-government may evolve is needed if well-grounded long-term decisions about issues such as infrastructures, institutions and educational programs are to be made. In addition, future-oriented research is of the utmost importance for informed public debate about technological developments with far reaching societal implications.

This book marks the 25th anniversary of the permanent study group on e-government of the European Group for Public Administration, and the papers here were first presented at their 2012 meeting in Bucharest, Romania. The invited authors were not asked for rigorous analyses based on systematic empirical research or deeply rooted in a theoretical framework; instead they were challenged to write thoughtful and measured, but provocative, essays about ICT and public administration in the coming decade. Their contributions are reflections on the nature of new and emerging technologies in the public sector and their impact on government and on democracy itself.

The book is divided into three sections: the past and present as starting point for thinking about the future of e-government, imagining the future of government, and implications for research and practice. The many questions raised by developments in ICT for future public administration are presented in a clear and thought-provoking manner, and merit more debate. This volume represents a departure from the normal run of academic publications. It is intended both to provoke academics and administrators to think about questions which will affect all of our futures and to offer a range of creative ideas about how the opportunities presented by technology can be exploited to provide better government and governance.