158 of Proceedings of the International School of Physics "Enrico Fermi" 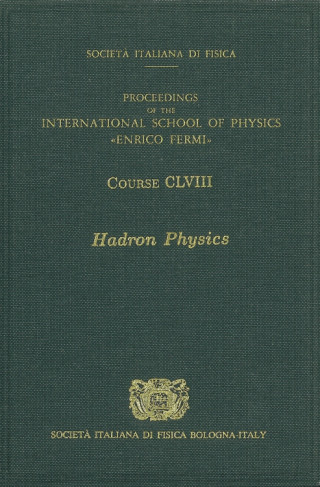 This volume of the International School of Physics Enrico Fermi is dedicated to Valerio Filippini. He devoted his life to physics. Valerio Filippini was born in Somma Lombardo (Milano) on December 8, 1958. He obtained the Master Degree in Physics at the University of Pavia in 1982, cum laude. After a working parenthesis at an industrial firm, he became Research Physicist of INFN, Sezione di Pavia, in 1988 and was promoted Senior Research Physicist in 1993. He participated to the experiments PS 179 (TOFRADUPP) and PS 201 (Obelix) at LEAR (CERN), FINUDA at LNF and ATHENA at AD (CERN). His outstanding scientific contributions were provided in the OBELIX and FINUDA experiments. Nobody could compete with Filippini in exploiting at best the daily-evoluting performances of the computing tools for the needs of the experiments, both for on-line and off-line purposes. The FINUDA experiment collected physics data immediately after the roll-in thanks to the reliability and simplicity of the on-line system designed and assembled by the physicist. However, he was not only a 'Clavier Physicist' but a complete Scientist: he also leaded the Pavia Group in designing and providing advanced detectors, and in developing mathematical methods for the analysis of the data. His scientific contributions are documented by about 90 publications on refereed international journals, about 100 contributions to International Conferences and Workshops, and 3 invited talks.