From Logic Programming to Human Reasoning: How to be Artificially Human

343 of Dissertations in Artificial Intelligence 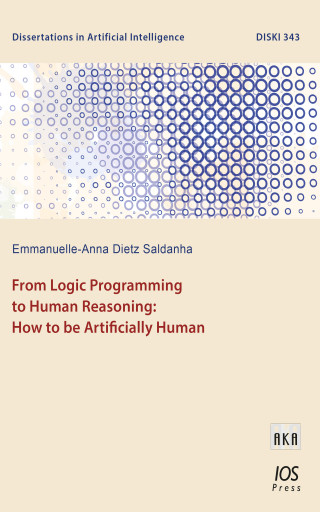 Psychological experiments have shown that humans make assumptions, which are not necessarily valid, as they are influenced by their background knowledge and reason non-monotonically. These observations show that Classical Logic is not adequate for modeling human reasoning.

Instead of assuming that humans do not reason logically at all, the author takes the view that humans do not necessarily reason in accordance with Classical Logic. The author investigates Weak Completion Semantics, a novel non-monotonic Logic Programming approach based on the three-valued Łukasiewicz Logic, and applies it to the formalization of well-known human reasoning tasks. A surprising result is that the Weak Completion Semantics performs better than any other cognitive theory.

Altogether, this publication shows one possible path for bridging the gap between Cognitive Science and Computational Logic, by building on previous formal approaches and modeling findings from psychological experiments within one cognitive theory.