197 of Proceedings of the International School of Physics "Enrico Fermi" 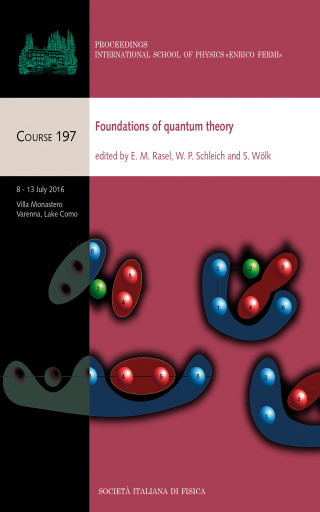 This volume provides a summary of the lectures presented at the International School of Physics "Enrico Fermi" on the Foundations of Quantum Theory, organized by the Italian Physical Society in Varenna, Italy from 8-13 July 2016, in collaboration with the Wilhelm und Else Heraeus-Stiftung. It was the first "Enrico Fermi" Summer School on this topic since 1977.

Its main goal was to provide an overview of the recent theoretical and experimental developments in an active field of research, the foundations of quantum mechanics. The field is characterized by a dichotomy of unparalleled agreement between theory and experiment on the one hand, and an enormous variety of interpretations of the underlying mathematical formalism on the other hand.