Enhancing Cooperation in Defence against Terrorism

99 of NATO Science for Peace and Security Series - E: Human and Societal Dynamics 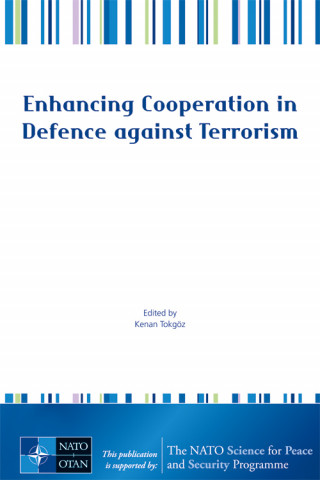 Terrorism continues to evolve; altered sources of funding, changes in national governments and the ever increasing importance of the internet mean that international cooperation in the development and implementation of strategies to counteract terrorist activity remain an important priority worldwide. This book contains articles arising from the presentations by eleven experts from five countries, delivered at the NATO Centre of Excellence – Defence against Terrorism (COE-DAT) advanced training course (ATC) entitled Enhancing Cooperation in Defence against Terrorism, held in Astana, Kazakhstan, in September 2010. The aim of this ATC was to stimulate discussion and facilitate interoperability between these five countries and NATO in the fight against terrorism.

The book opens with an overview of the landscape in which terrorism currently exists, and a reminder that a new approach is needed in the fight against terrorism to replace the Cold War model we have become accustomed to. The remaining articles cover a wide range of issues: countering the ideology of terrorism; legal aspects of combating terrorism and responding to terrorist use of the internet; the links between terrorism and organised crime; energy security; weapons of mass destruction; international humanitarian law; suicide terrorism; the role of the media in terrorism and counterterrorism; and dilemmas in counterterrorism strategy. In addition to the presentations from the ATC, the book includes two articles by Brigitte Nacos of Columbia University: The Importance of Strategic Communication and Public Diplomacy in Combating Terrorism, and Terrorism Media and Censorship.