Direct Oxidation of Benzene to Phenol

Investigation of the active iron species in [Fe,Al]MFI catalysts by 57Fe Mössbauer spectroscopy

Fe-containing ZSM-5 zeolite, or [Fe,Al]MFI, is known to catalyse various chemical reactions. Recently, it has gained increasing attention for its catalytic performance in the direct oxidation of benzene to phenol, using N2O as oxidant (BTOP). However, despite extensive efforts, the nature of the active sites in the [Fe,Al]MFI catalyst for the BTOP reaction is still largely unknown. This is mainly due to various synthesis and activation methods of [Fe,Al]MFI catalysts that have led to different interpretations. Nevertheless, there seems to be a consensus in open literature that steam-treatment of isomorphously substituted [Fe,Al]MFI zeolite forms a particular extra-framework iron species that is catalytically active in the BTOP reaction.
In situ 57Fe Mössbauer studies show that there are several active sites for the direct oxidation of benzene to phenol. These active sites are most likely small clusters of iron species with low nuclearity (e.g. enzyme-like systems). Subjecting the [Fe,Al]MFI catalysts to several controlled treatments confirms that there is a distribution of several extra-framework iron species, even at ppm levels. Thus, this heterogeneous catalyst is simply heterogeneous in terms of the extra-framework iron species formed after steam-treatment, which makes it difficult to establish a direct relationship between structure and activity in the BTOP reaction. 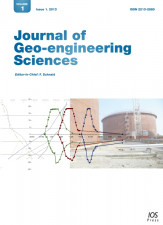 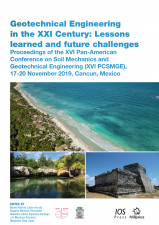 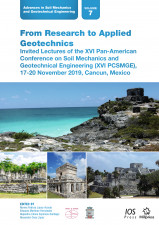 From Research to Applied Geotechnics