The Role of Human Factors and Technology

133 of NATO Science for Peace and Security Series - E: Human and Societal Dynamics 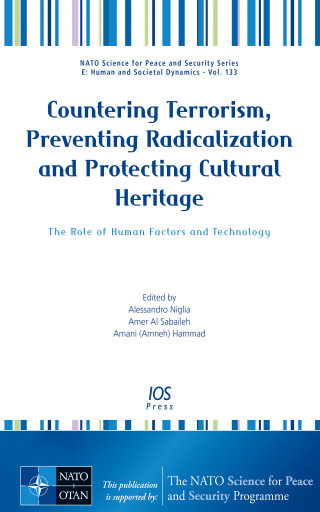 One of the most pressing challenges in the fight against terror is the way in which terrorist organizations have developed uniquely effective recruitment tools. Terrorist groups such as ISIS have successfully indoctrinated followers from all over the world, expanding their reach far beyond the Middle East. It is imperative that the international community finds effective ways to respond to this threat.

This book presents findings and recommendations from the NATO Advanced Research Workshop (ARW) ‘Human Factors in the Defense Against Terrorism: the Case of Jordan’, held in the Hashemite Kingdom of Jordan in November 2016. The aim of the workshop was to deepen NATO-Jordanian cooperation within the Mediterranean Dialogue (MD) framework by sharing best practices in counter-terrorism and de-radicalization strategies among government authorities and distinguished experts from the diplomatic, military, academic, and private sectors. The discussions were centered around the technological and psychological aspects of terrorist recruitment techniques, particularly with regard to social media and other information-sharing platforms. Participants developed several innovative strategies for preventing, and even reversing, radicalization, and also established a series of protocols and emergency response techniques for practitioners and policy makers in the fields of counter-terrorism and emergency responders.

Providing an overview of current expertise and best practice, this book will be of interest to all those collaborating to effectively counter the threats of terrorism and fight the process of radicalization.