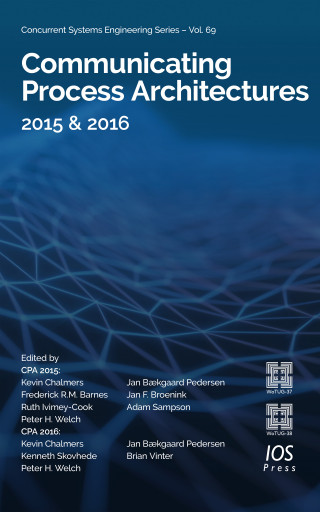 This book presents the proceedings of two conferences, the 37th and 38th in the WoTUG series; Communicating Process Architectures (CPA) 2015, held in Canterbury, England, in August 2015, and CPA 2016, held in Copenhagen, Denmark, in August 2016.

Fifteen papers were accepted for presentation at the 2015 conference. They cover a spectrum of concurrency concerns: mathematical theory, programming languages, design and support tools, verification, multicore infrastructure and applications ranging from supercomputing to embedded. Three workshops and two evening fringe sessions also formed part of the conference, and the workshop position papers and fringe abstracts are included in this book.

Fourteen papers covering the same broad spectrum of topics were presented at the 2016 conference, one of them in the form of a workshop. They are all included here, together with abstracts of the five fringe sessions from the conference.

Type-Safe Programming for the Semantic Web